The Home Secretary commissioned Her Majesty’s Inspectorate of Constabulary and Fire & Rescue Services (HMICFRS) to undertake a thematic inspection of the Metropolitan Police Service (MPS) following the independent panel review of the MPS’s handling of the investigation into Daniel Morgan’s murder.

Gloucestershire Constabulary to recruit hundreds of officers and staff

A police force is to recruit hundreds of officers and staff to help address the issues which led to it being criticised in an inspection. 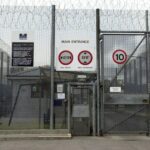 HMYOI Wetherby and Keppel – safer and improved care, but concerns over education

HMYOI Wetherby was found by inspectors from HM Inspectorate of Prisons in January 2021 to have made improvements in safety and the care of children since the previous inspection in the early months of the pandemic.